Trend Forex robots are very popular due to the transparency and clarity of the trading strategy embedded in them. Forex Trend Detector is no exception. This is a trendy, fully automatic robot that is installed in the trading terminal Metatrader 4.

Unlike many other automated bots, this robot was developed by a fairly well-known team of developers and FX Automater traders. In addition to the described trend product, they are known by other developments: WallStreet Forex Evolution and WallStreet Forex Asia.

On personal experience after testing the work of the adviser, we came to the conclusion that he was worthy of attention. But the declared + 600% profit was not achieved either during independent testing on a demo account, or during a robot check on real accounts of a broker.

What is the feature?

The developers do not mention which technical indicators are used to analyze the price chart. It is reliably known that the moment of a price jump against a trend is used to enter a trade. Catching a pullback, the adviser opens trades with a trend on the H1 timeframe or higher.

General characteristics of the robot:

The robot should be activated on the most universal currency pair – EURUSD. Probably, the algorithms are based on standard indicators that determine price fluctuations and are looking for educated trends. We are talking about MA (moving average), Bollinger Bands, Stochastic. On the graph, the user does not see all this, so there is no confirmation of the chosen strategy. Everything happens at random.

The developers say they do not use any unique trading strategy. And the whole principle of action is sharpened under the competent Money Management system. This means that all the settings have been prepared in advance and the Forex Trend Detector robot does not need optimization.

Stop Loss and Take Profit are set automatically. And the initial lot is immediately determined at 0.03 points. Quite a risky value, as for beginners. Considering the recommended initial deposit of only $ 300. Therefore, we recommend using this advisor only in amounts from $ 500.

What is the Price Action algorithm and what is its specificity?

Despite the lack of a clear and well-built strategy, this trading robot works on the so-called Price Action methodology. This is not a strategy, but only the principle of opening deals. It is characterized by the fact that price analysis and forecasting is based solely on current patterns. After all, the founder of this technique, Charles Dow, argued that each graphic figure or a specific sequence of patterns had already happened before.

Therefore, indicators are not important in this Expert Advisor – they are not the basis for determining the future price movement. Embedded algorithms examine patterns and make a forecast based on current price volatility. 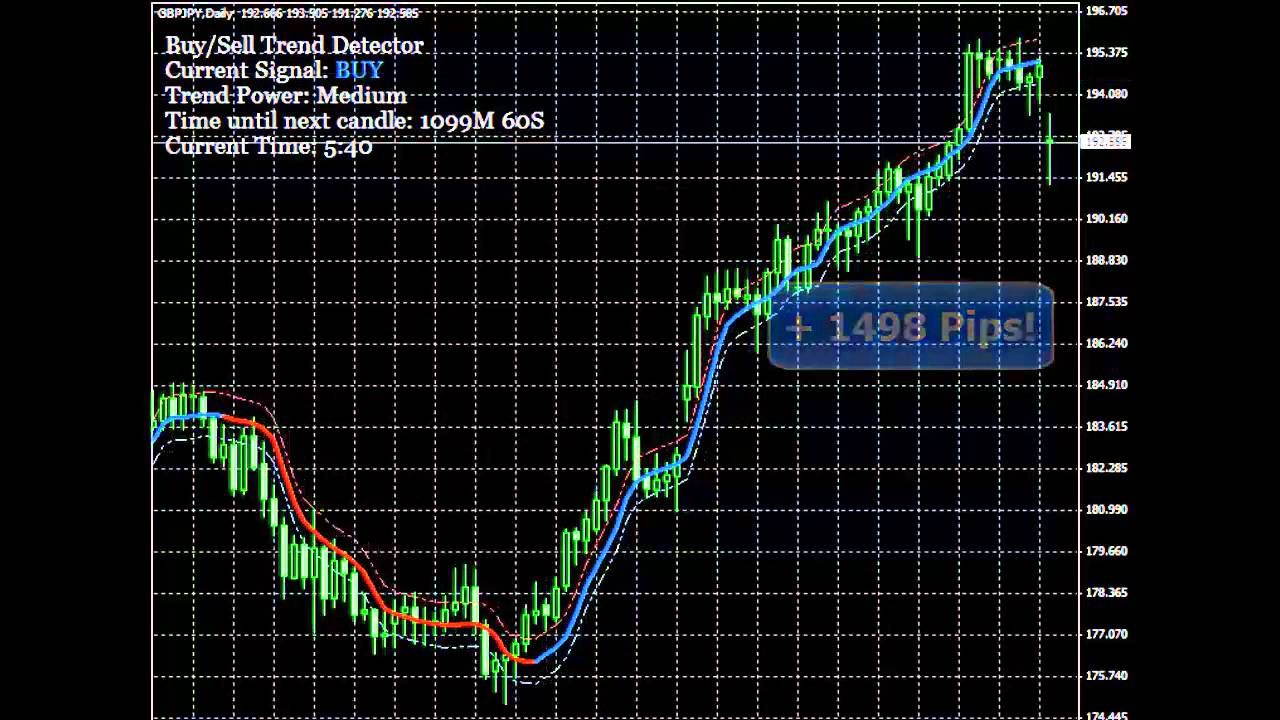 What is the test result

In the picture from the developers, everything looks pretty good. But they indicate only the total yield, without showing at the same time drawdowns in almost 80% of the deposit (confirmation in the screenshot). 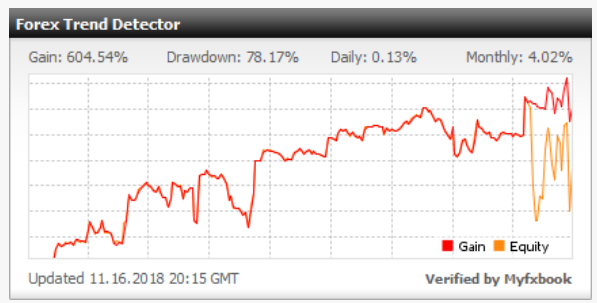 In reality, such a drawdown can lead to a complete loss of the deposit. Especially if the invoice amount is small or the lot has been increased from 0.03 to 0.05 or even 0.1. Perhaps the lack of a clear strategy is the main drawback of this advisor? 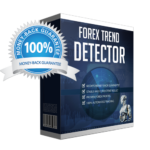 6.9
Summary
Unfortunately, this technique takes place with manual analysis. The Forex Trend Detector robot is too weak in terms of taking into account fundamental factors. For example, the release of important economic or political news can be disastrous for the entire transaction. And orders are opened here for a period of several hours. Therefore, there is not always a chance to quickly adjust the order movement, set Stop Loss and Take Profit levels. Moreover, these levels of support and resistance are set automatically!
Looking for the best forex robot?Discover top-performing systems selected by ForexRobotExpert team
go
Tags: Expert Advisors, Forex Robots, MetaTrader 4