What is the Golden Cross?

When a short-term MA (moving average) intersects and moves over a long-term MA to the upside, traders and analysts interpret it as a signal for a final upward turn in a market. This is when a golden cross occurs. Until both the averages cross, the short-term MA (moving average) trends up faster than the long-term MA. In other words, a golden cross suggests that there is a long-term bull market. In this case, the long-term average is a significant support level.

What is a Death Cross?

The Death Cross signals a decisive downturn in the market and is like downside moving average crossover. It occurs when the short-term average trends down, crossing the long-term average. In other words, it goes in the opposite direction of a golden cross. It suggests that there is a long-term bear market. In this case, the long-term average is a significant resistance level. 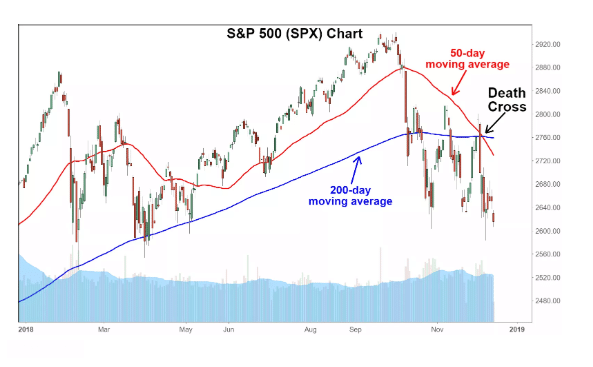 What is the difference between them?

Examples and Setups with Pics

In both cases, the most commonly used MAs are the 200-period and 50-period moving average. This period is a representation of a specific time increment, and more considerable periods tend to form more robust constant breakouts. 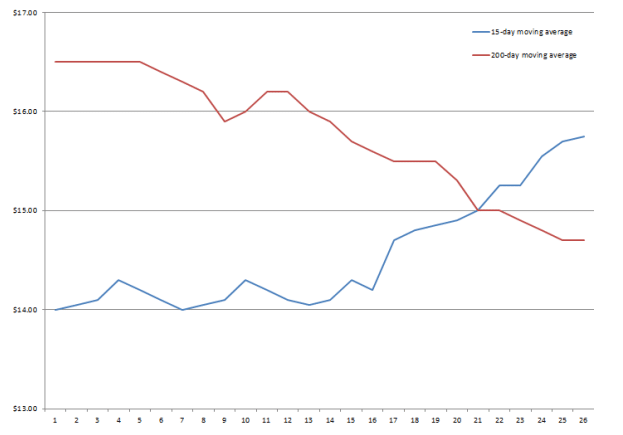 The above example is from FAcebook’s stock in 2018. There are two death crosses here—the first formed in April 2018, after which the stock turned around and entered an extended rally. The second one occurred in September 2018. However, it signaled a bear market for Facebook stocks.

Example of a Death Cross #2 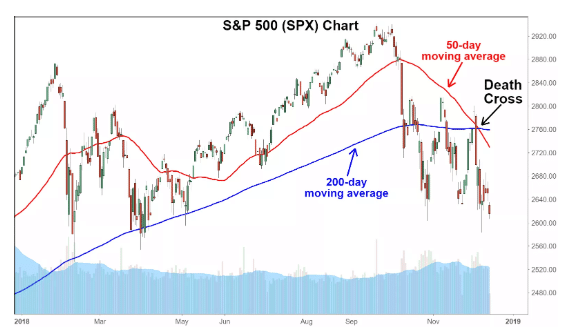 The above is an example of a death cross in the S&P 500, occurring in December 2018. Here, the short term moving average (50 days) crosses over the major long-term moving average (200 days) to the downside.  This is interpreted as a final bearish turn in the market.

The golden cross and death cross both help traders indicate market momentum and is extremely helpful. However, technical analysts always have to consider that both of these are lagging indicators. As a result, Traders and analysts should use volume to check the strength of signals. Apart from these crosses, traders may also use the RSI and other additional momentum indicators to get an indication of when an uptrend or downtrend is either oversold or overbought. In either case, the associated breakout is stronger and sustained if the crossover uses longer moving averages. The trader also has to keep in mind that the momentum which the crosses indicate may be temporary. By the time the trader makes use of the information, the market could already change direction.