We’ve prepared a Ninja Scalper review. The presentation welcomes us with screenshots of people’s testimonials and with fake statements that it has a 5-star rating with 100% satisfied customers.

The robot was introduced in four packages. Three of them are subscriptions. For $30, we’ll get a 30-day subscription without updates and maximum on one PC (?). For $50, it’ll be a three months subscription with a maximum of one update. Half a year subscription costs $100 and includes a maximum of two updates. The lifetime package costs $149. It’s featured with unlimited updates, support, allowing using on 10 PC (?), and access to the Telegram channel.

The refund Policy is weird because for seven days, we can check if it’s good in the several weeks’ range. 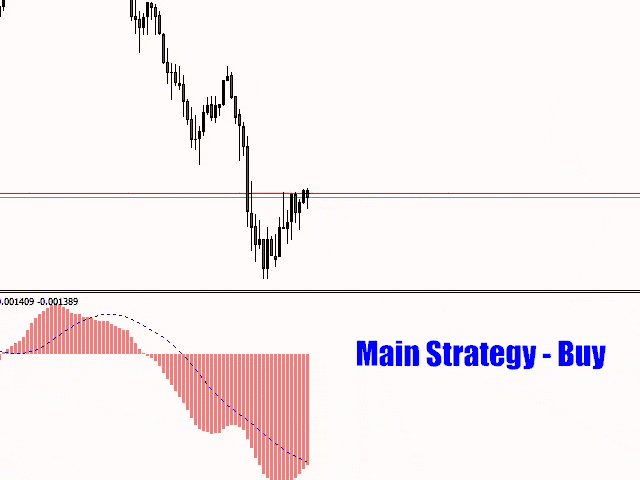 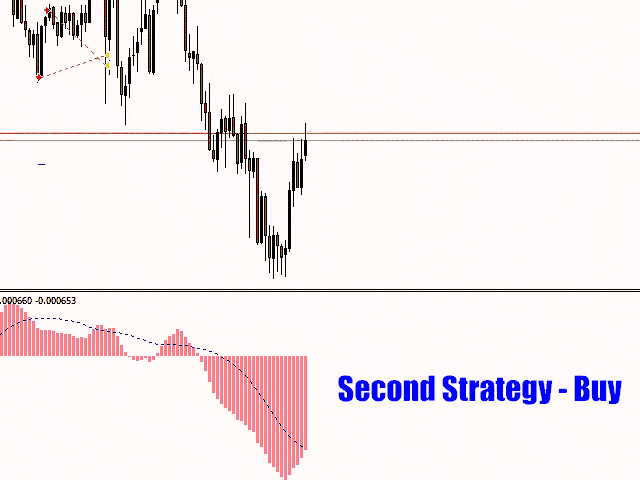 As we can see from the graphs, the robot uses the Trend Strange indicator that’s available for free. It scalps using trend indicators EUR/USD on the M5 timeframe providing little profits. 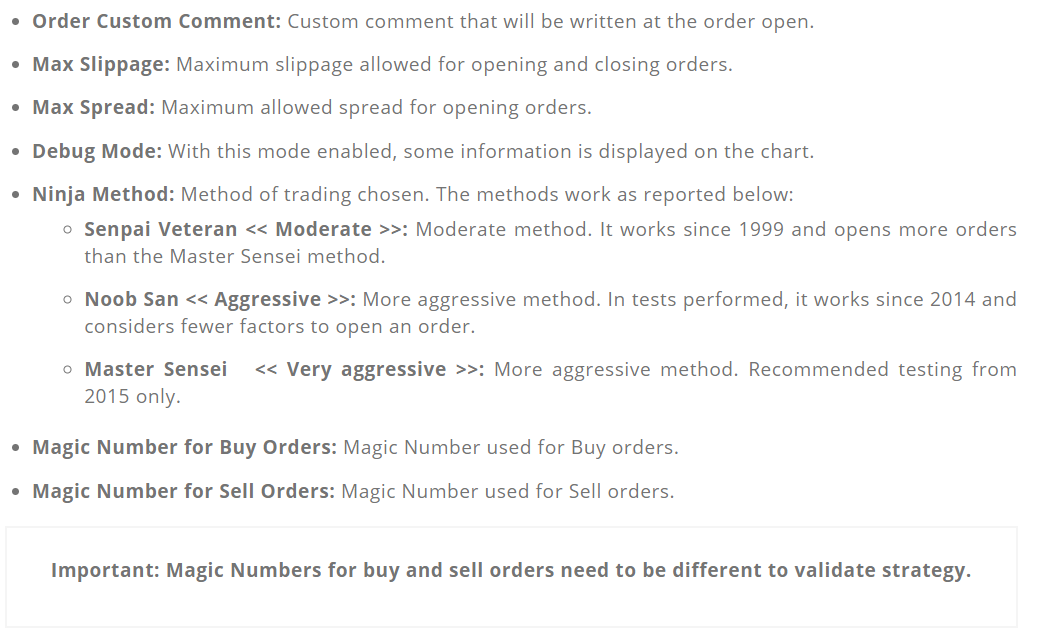 There is a two-page long settings list that shows to us what we’re allowed to customize.

There’s a demo EUR account on Tickmill. The EA trades automatically with 1:400 leverage on MT4. There’s no verified track record. The account was deployed on March 20, 2020. Now, it’s tracked by nine traders. Since then, the absolute gain has become +29.45%. An average monthly gain is +3.03%. The maximum drawdown is higher than on the backtest (-50.41%).

The period of the maximum drawdowns was not so far ago.

The robot trades BUY and SELL directions equally by orders. The Longs direction has provided almost twice more pips (522.1) than the Shorts one (292.8).

The EA prefers scalping during a European market session.

Tuesdays and Fridays are the most frequently traded days.

Ninja Scalper trades with high risks to the account balance. 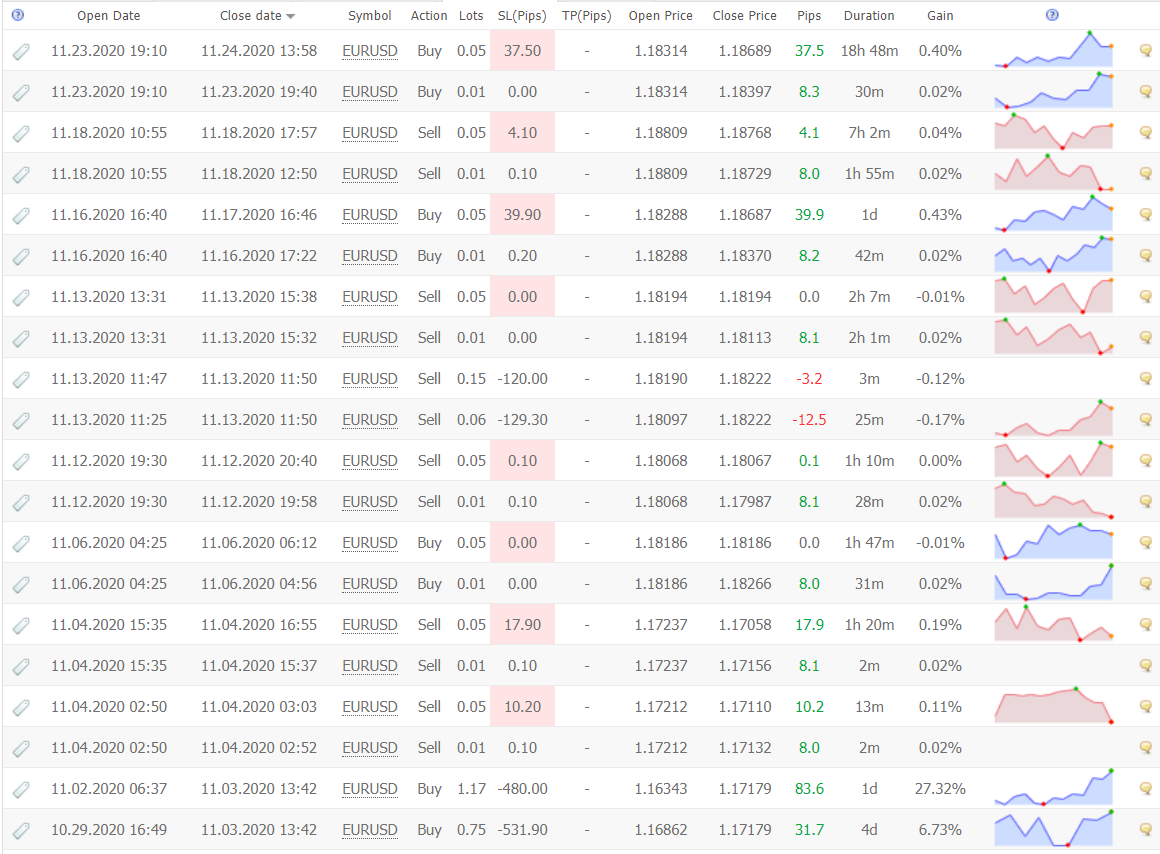 SL levels look so weird. There are levels from 0.1 pips to -531 pips. Highly likely, it uses Trailing Stop Losses. Lot Sizing is insane. Some deals were opened with 0.01-0.05 Lot Sizes when the others with 0.75 and 1.17. It was a huge lack for this account that those deals weren’t closed with losses. 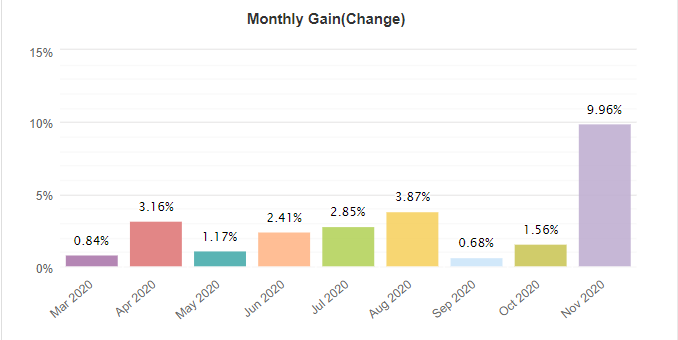 Those greedy deals increased a monthly profit, but they could half an account as well.

There’s no feedback outside these onsite screenshots.

We know that they were taken from MQL5. Having googled for them, we’ve found that the robot had a page on MQL5, but it was removed. 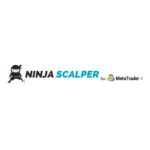 Ninja Scalper Review
PROS
Settings are well-explained
Real-account trading results
Renting is available
CONS
There are many manipulations in the presentation
The strategy is based on a download-free indicator
Backtests aren’t professional
High drawdowns
Impossibly low win-rate as for a scalper
Weird Lot Sizing and SL placing
Only 7-day money-back guarantee
Fake people’s feedback
3
Verdict
Ninja Scalper is out of place software. It has a low win-rate and high drawdowns as for scalping software. SL placing, the most important part of any scalper, is designed unprofessionally. The EA place order with increased in 75 or even 117 times Lots. A good scalper has never acted like this. A 7-day money-back guarantee is a too short period to check the robot’s performance under various market conditions.
Looking for the best forex robot?Discover top-performing systems selected by ForexRobotExpert team
go