Traders use different types of trading strategies to earn profits from the forex market. However, it is important to know if you can really rely on a strategy before using it because some strategies are risky. The Martingale strategy is one of them.

What is the Martingale Trading Strategy? 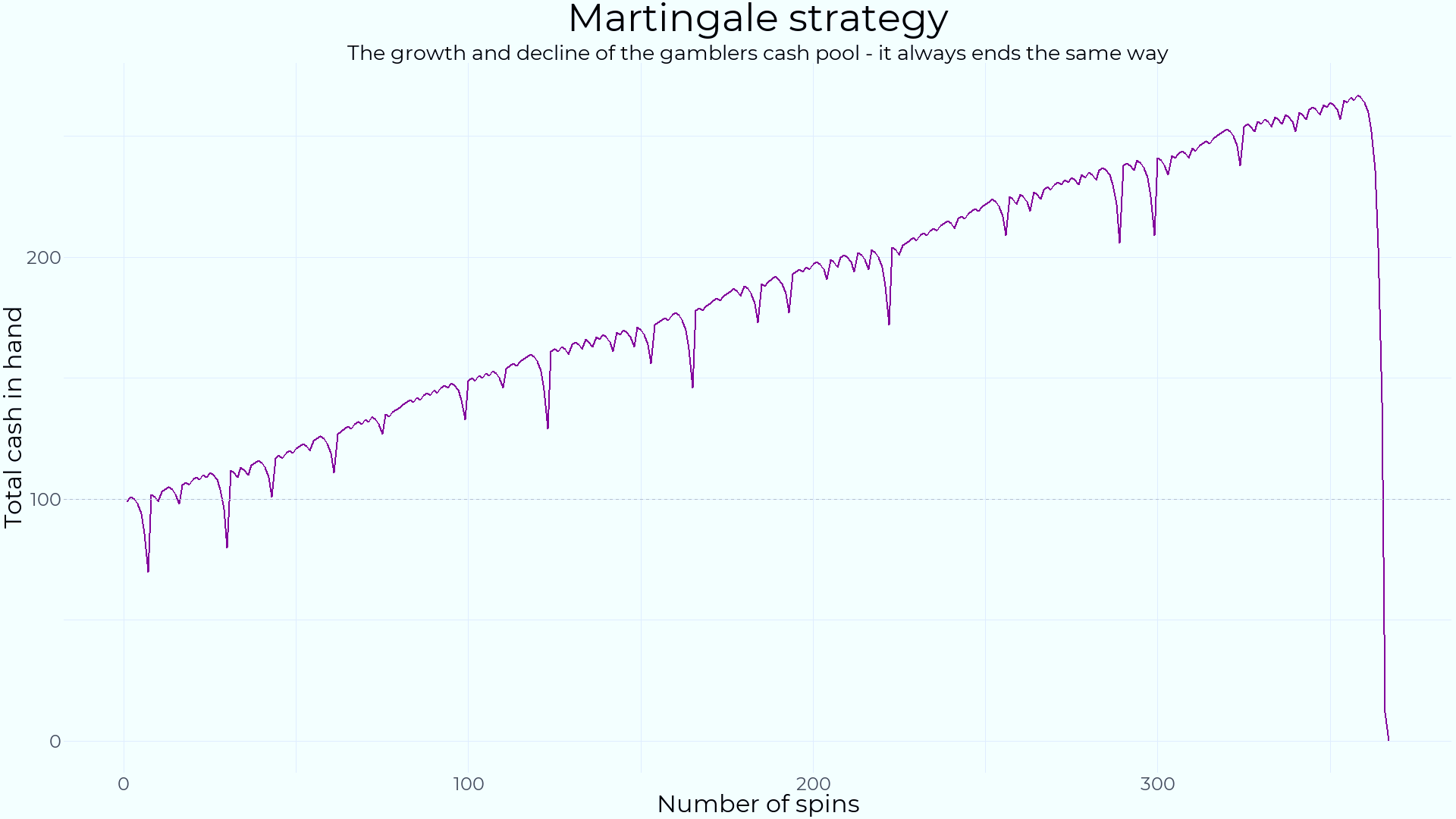 Considered a risky method, the Martingale strategy is a betting, trading, or investing strategy introduced by Paul Pierre Levy, a French mathematician. The strategy is based on the theory where the amount allocated for investments is increased even if the value of the instrument falls. It is done with the exception of a future increase in value.

In the Martingale strategy, the trader needs to double the trade size every time they face a loss. A common scenario of this strategy is trying and trading an outcome that has a 50% probability to occur. This scenario is known as the zero expectation scenario.

This situation of an equal probability can be compared with a coin toss. In these scenarios, there are two viewpoints of sizing a trade. According to the Martingale strategy, the size must be doubled at a loss. The objective of this theory is to regain whatever is lost. Similarly, the anti-Martingale strategy says that the trade size must be increased at a win.

Example of the Martingale with Two Outcomes

To understand the Martingale strategy better, let us consider a trade that has two outcomes with equal probability. We can call them the outcome one and outcome two. Trader X expects outcome one to occur and trades a fixed sum of $50. However, contrary to their expectation, outcome two occurs, and they lose the trade.

Now, according to the Martingale strategy, the trader needs to increase the trade size to $100 in exception for outcome one again. However, outcome two occurs this time as well, and the trader loses $100. Again, this trade must be doubled and now it will be $200. This trade will continue until the trader achieves the desired outcome. So, the size of the winning trade is going to exceed the combined loss of all the trades that were lost previously. The difference is the size of the original trade.

Drawbacks of the Martingale Strategy

Risks and Dangers of the Martingale Strategy

As mentioned earlier, the Martingale trading strategy is based on the concept that the traders must double their trades after losing so they can cover their losses with winning trades that are double the amount of the losing trade. With this strategy, your chances of winning and losing are equal.

There are a number of risks you will face if you apply the Martingale strategy in forex trading. An issue with the price movements in the forex market is that they generally consolidate and trend. Generally, currency pairs trend only 30% of the time approximately. If you end up on the wrong side of a trade, the risk generated by the Martingale strategy can be huge.

For example, assume that your portfolio has a fund of $200. If you risk $20 on your first trade and lose it, it will only take four consecutive losing trades before you lose all your capital. The consecutive losing trades would be -$20, -$40, -$80, and -$60. The reason to trade only $60 on the fourth trade instead of doubling is that you would only have that much left.

Another danger of using the Martingale trading strategy is that the majority of brokers supply substantial leverage. It means that even small currency pair movements can lead to large losses. Leverage of 400:1 is offered by many brokers, but even 50:1 can be dangerous. For example, if you purchase EUR/USD with $59 at a leverage of 50:1 when you have a portfolio of $200, a 2% change is enough to eliminate your capital (50 x $50 = $2,500 x 2% = $50). In this scenario, your capital would be eliminated by three consecutive losing trades.

Does the Martingale Strategy Work?

The Martingale strategy may work for betting games like roulette or blackjack, but when it comes to trading, it is not reliable. The problem with this strategy is that your account can be wiped out with only one losing trade. The strategy may seem to work perfectly in theory, as it appears logical to place bigger trades to cover your losses, but it is an illusion.

Keep in mind that each trade is independent and different from one another. So, no matter how much money you put into risk, your winning odds are going to remain the same. There is no reason to assume that you can win the next trade if you are losing the current one. It does not matter if you trade ten or thousand trades, the result may still be the same. So, by using the Martingale strategy, you take a big risk of losing your money constantly while you increase the size of trades.

Judging from the characteristics and risks of the Martingale strategy, it would not be wrong to say that this is a dangerous strategy with too many risks involved. The strategy may result in more losses than profits. You need to keep in mind that you cannot win trades solely on assumptions. So, it is better to not rely on this strategy.