We’d like you to read a review about a Raybot EA.

The developers told us that our adventure across Google has ended here, and we’re safe.

The EA has many features that should help us with trading:

Forex Germany offers it in three packages: Single Account (annual subscription), Two Accounts (annual subscription), and a Lifetime license for Two accounts. The first package costs $290 annually. The second one costs $375 annually. Lifetime one costs $975 + $65/year (what the hell does +$65/year mean?). All of them are featured by Auto Optimization (What is this?) and a 30-day money-back guarantee.

The robot performs price swings between Resistance and Support levels. As soon as an Entry Point was determined, the EA sets tight SL and wide TP. Both are hidden from brokers. SL levels are between 35 pips and 65. As soon as the trend goes wicker, the EA closes a deal with a profit, probably using Trailing Stop Loss. 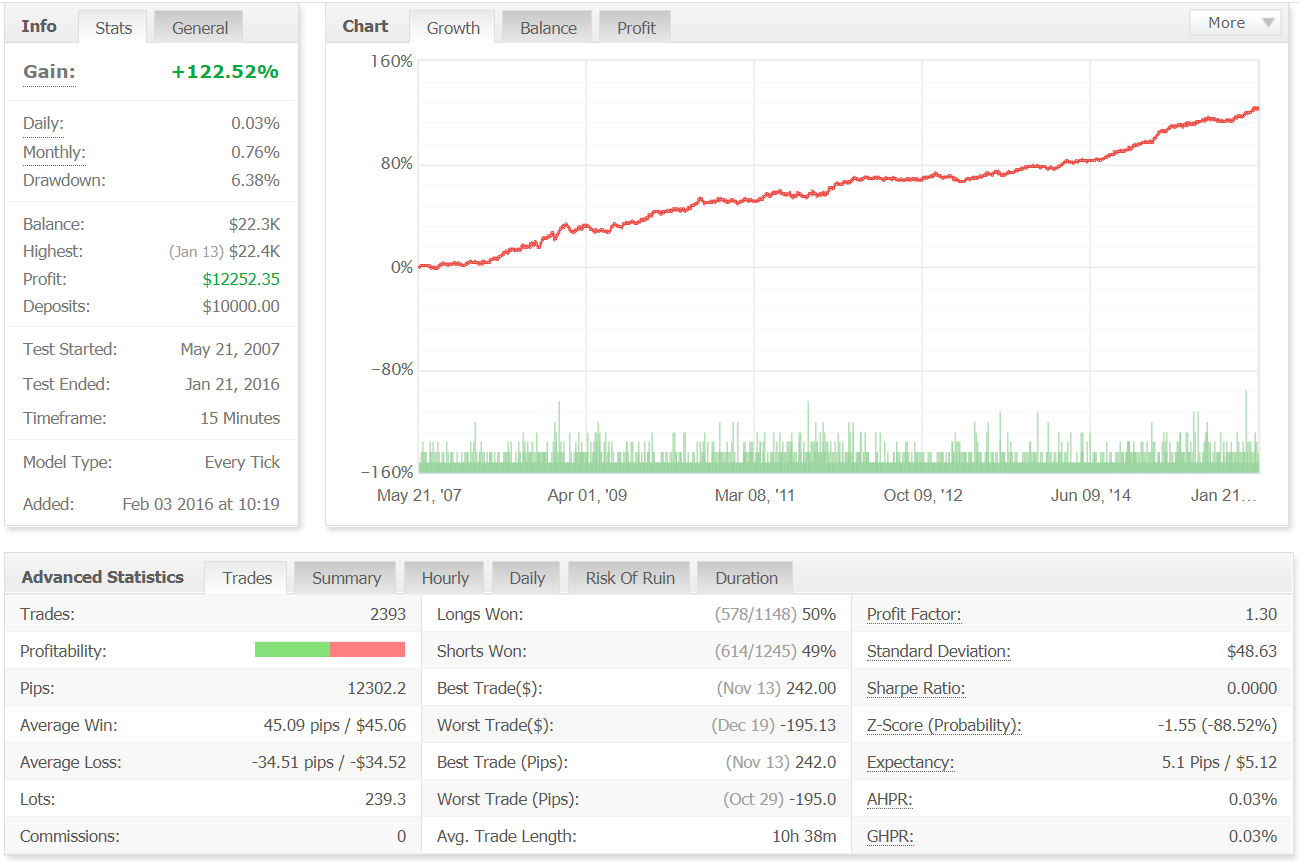 As we can see, the reality was cruel to it, so even IC Markets lowest spreads didn’t help. It was a real USD account with a huge lack of transparency. It trades with 1:500 leverage on the MetaTrader 4. Track Record is Not Verified, so there could be a removed period of the trading activity. The account was created on January 31, 2016. Fifty-five people still follow it waiting for a miracle. An absolute gain was +37.97% after falling from the highest point of +84.86%. The average monthly gain (0.65%) looks so mediocre and it shows that the robot is broken and can’t be a solid option to make future profits. The EA traded with the lowest possible risks.

Hours of its activity were weird too because it prefers to start active trading at the American market session opening, almost skipping half of the European one. 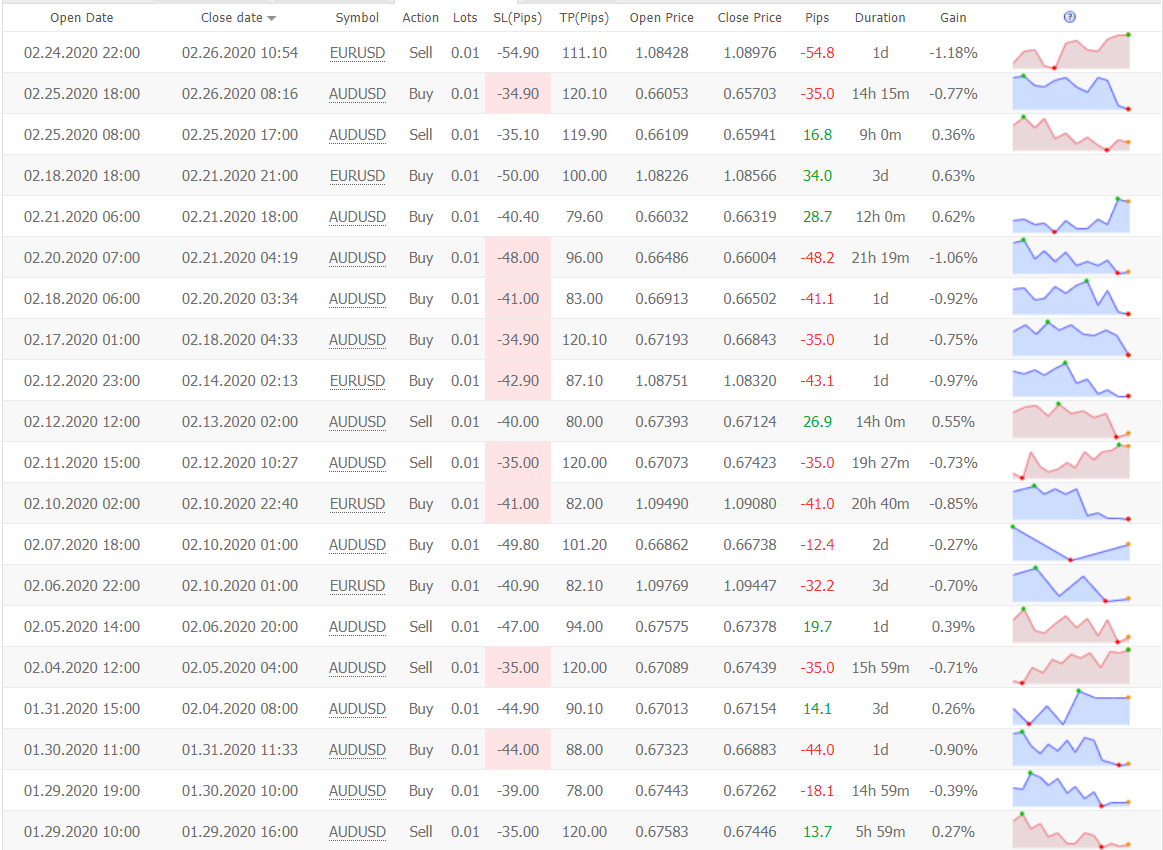 The last page of the closed deals sheet shows a 35% win-rate. It was agony. 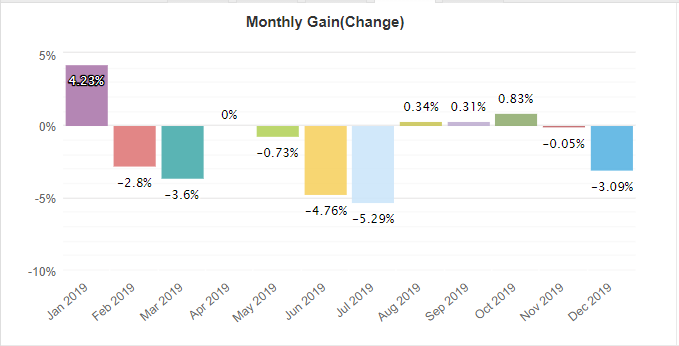 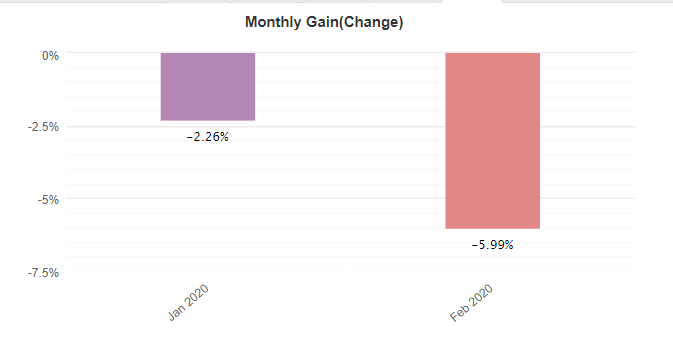 The developers didn’t provide any people’s testimonials. Trustpilot and Forex Peace Army know nothing about it. It’s a bit weird because it’s a Forex Germany’s product. They’re well-known guys. 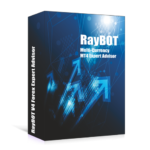 Raybot EA Review
PROS
No pros
CONS
Strategy explanations were unconvincing
Trading results were scam-like
Good-for-nothing Profit Factor
It had a 35% win-rate for the last 20+ trades
There were four months in a row of losses
High pricing
Additional payment on the lifetime license
3.4
Verdict
Investing in buying it is a bad idea. It couldn’t make the developers rich. It won’t make you too. The last four months showed that the EA couldn’t make a profit. It’s the reason people buy EAs. This one is too old, and developers don’t want to update it because it’ll be payless work.
Looking for the best forex robot?Discover top-performing systems selected by ForexRobotExpert team
go
Tags: Expert Advisors, Forex Robots