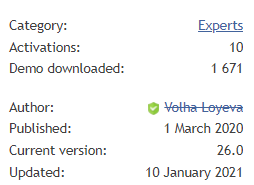 We’d like you to read a review about a Speed Magic robot. It was designed by Volha Loyeva and hosted on the MQL5 community. There were 26 updates. The last one was released on January 10, 2021. We don’t know why the name of the developer was crossed out.

The robot has many features we want to talk about:

The robot costs $199 (it was $99 several months ago). There’s a free demo option for those who want to check its parameters on MT4. There’s no money-back guarantee. 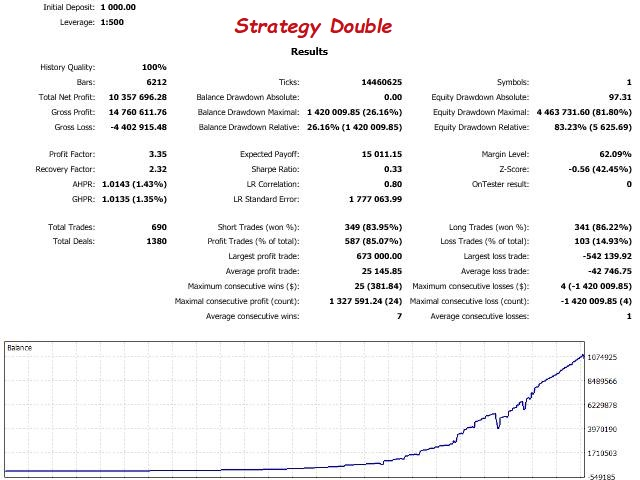 Speed Magic runs a real USD account on the Forex Financial Services broker automatically, using technical indicators from MT4 with 1:500 leverage. The account has a verified track record. It was created on August 02, 2020, and funded at $1500. Since then, the absolute gain has become +25.91%. An average monthly gain is +4.29%. The maximum drawdown is 15.59%.

The most-traded days are Wednesday (53) and Thursday (48 deals).

The robot trades with a little risk to the account balance. 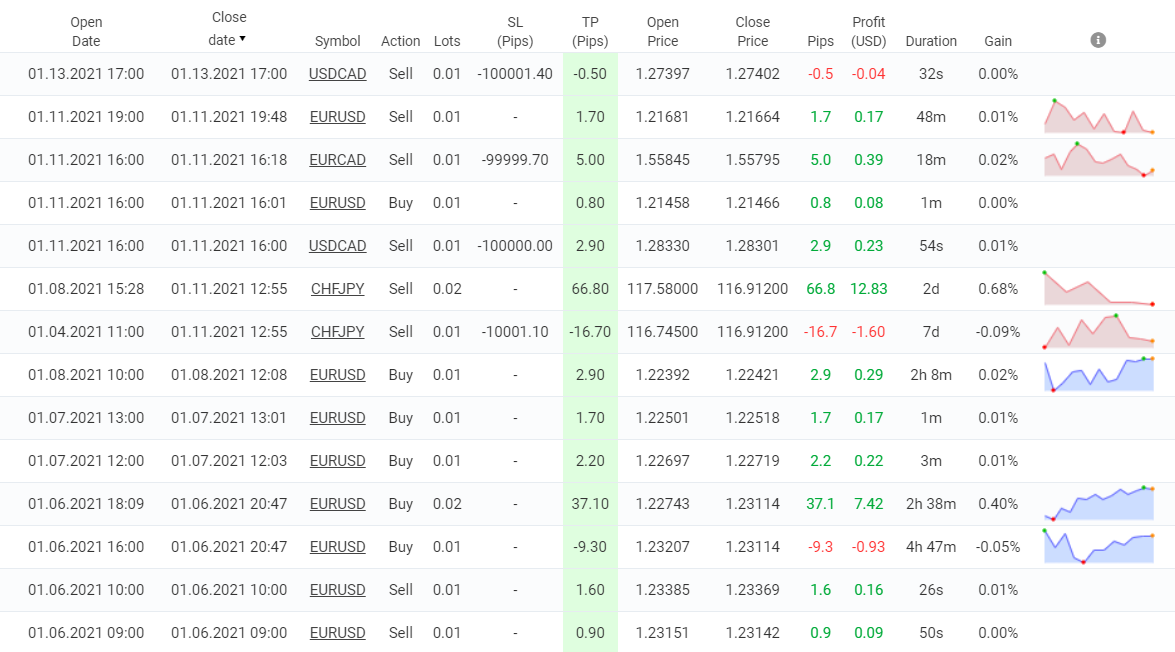 The EA places weird SL levels. If something goes wrong and it’ll be disconnected from a terminal, it loses all account balance.

For now, the robot is consistently profitable software. Profits vary depending on market conditions. 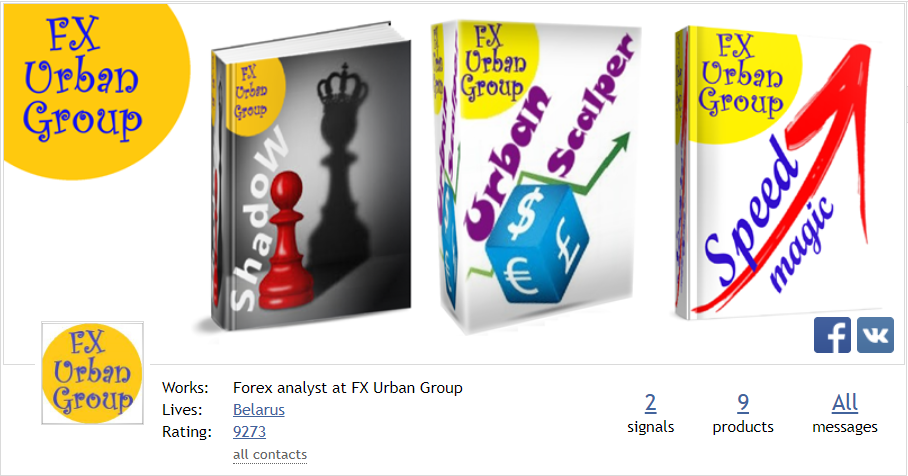 FX Urban Group is a Belarus company with a 9273 rate. The profile has two accounts with signals and nine products in the portfolio.

The EA has a five-star rate with a purchasing frequency of eleven copies a month. 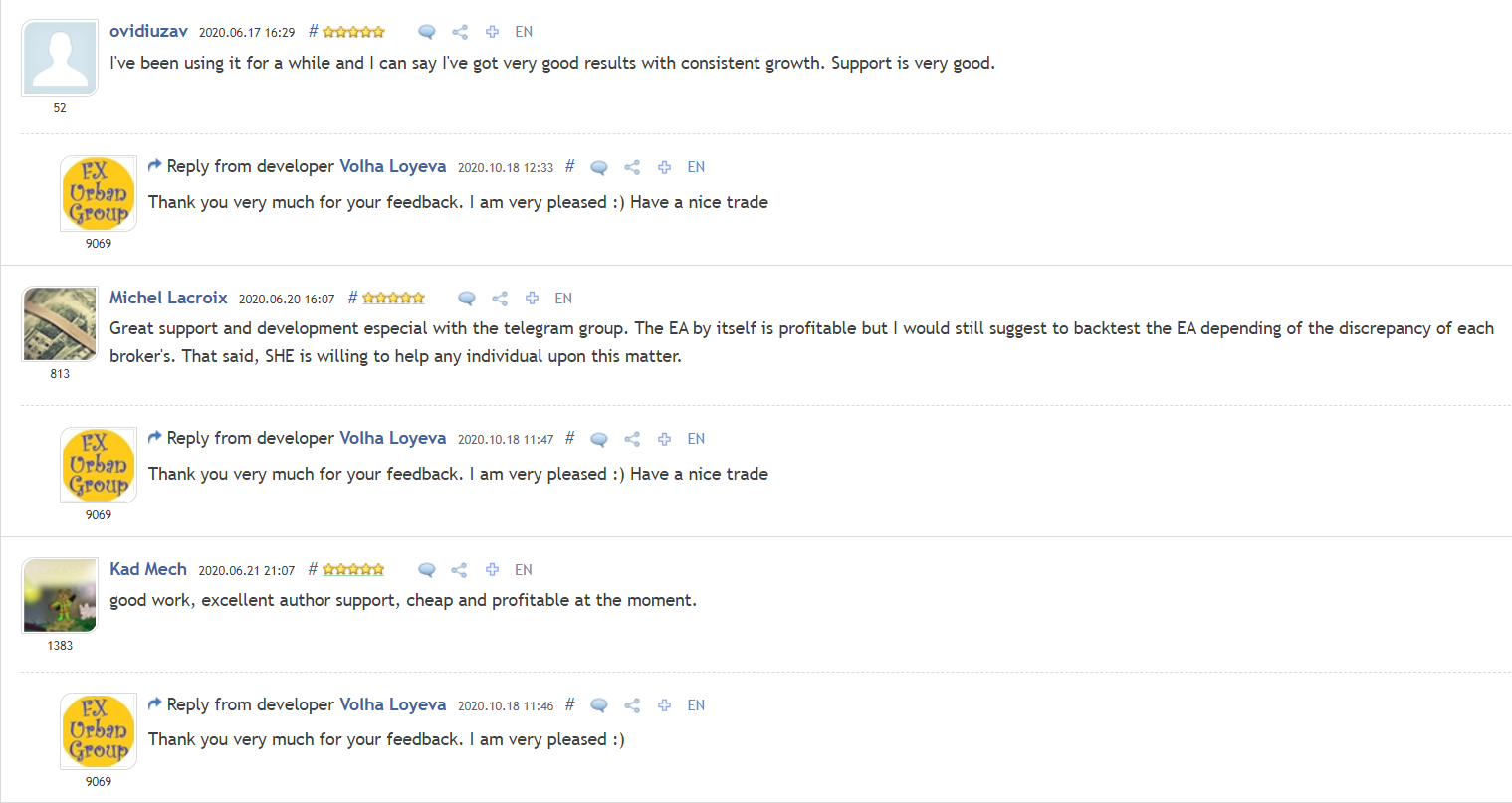 The developer provides answers as quickly as possible. 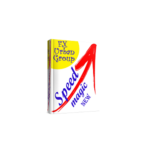 Speed Magic Review
PROS
Backtest reports are provided
Real account trading results are provided
People testimonials are provided
Medium pricing
CONS
Hedge strategy is on the board
Weird SL level placing
The profitability varies so much depending on the month
No money-back-guarantee provided
5
Verdict
Speed Magic is discussable software. The system is based on a no-name strategy with Hedging. It opens several orders at once to increase profitability. The developer lied that they are no Martingale. As we can see from the trading results, after the EA experienced a loss, it will open a trade with 0.02 Lot Size instead of 0.01. We know anything about extra requirements like VPS hosting or ECN accounts. During the past New Year Brexit session, the EA didn’t trade. So, we can’t be sure it’s good for any market condition.
Looking for the best forex robot?Discover top-performing systems selected by ForexRobotExpert team
go
Tags: Expert Advisors, Forex Robots