What’s a complicated name! However, our goal is not to criticize the name, but analyze the effectiveness and productivity of this trading system. FXMath X-Trader is advertised as ‘perfectly automated algorithmic trading system’, designed to take traders’ profits to a ‘whole new level’. 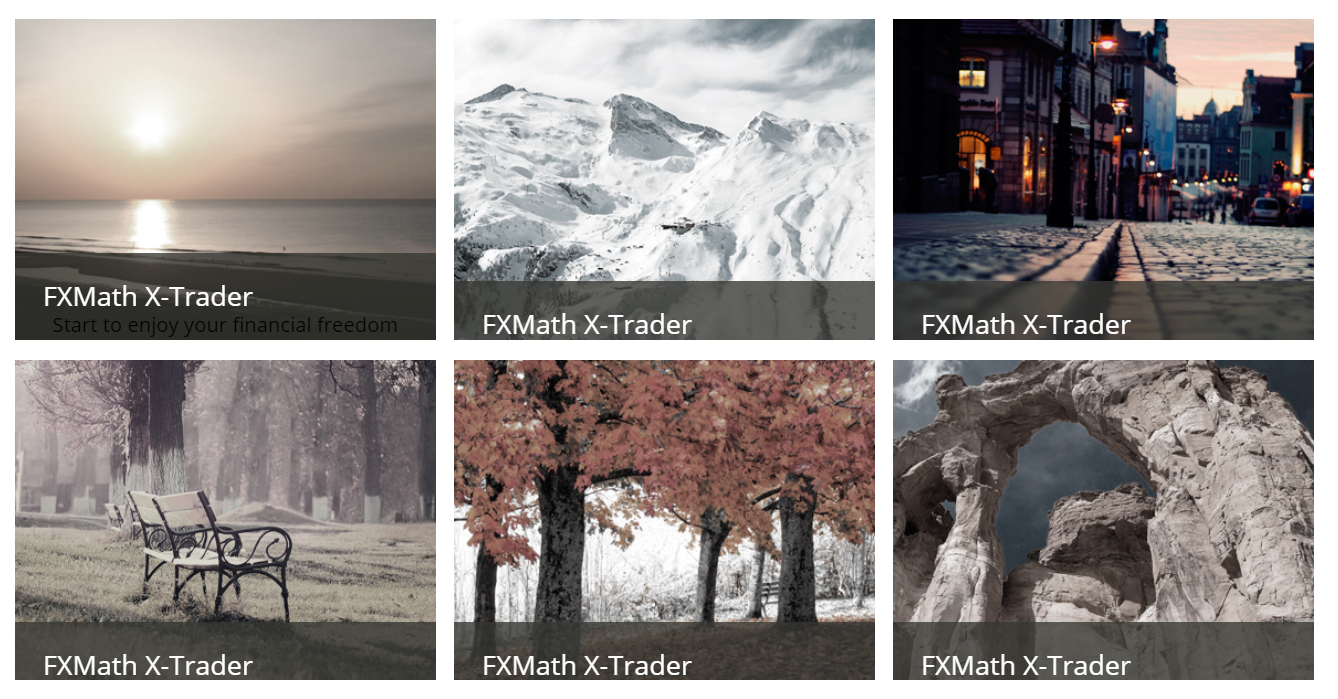 The presentation looks unprofessional and scam-like. There are six random pictures. If we click on them, the page reloads. What’s that? 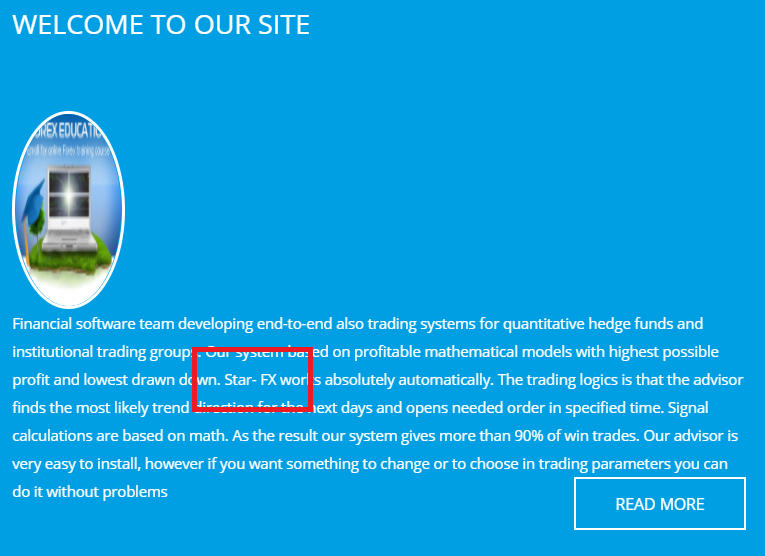 What’s Star-FX? What do you mean by saying that? Isn’t this the FXMath X-Trader presentation?

Any of these icons wasn’t connected to a social network profile.

The company doesn’t have a professional email as well.

How about we’re traders? Anything for real traders?

Let’s talk about a strategy and features: 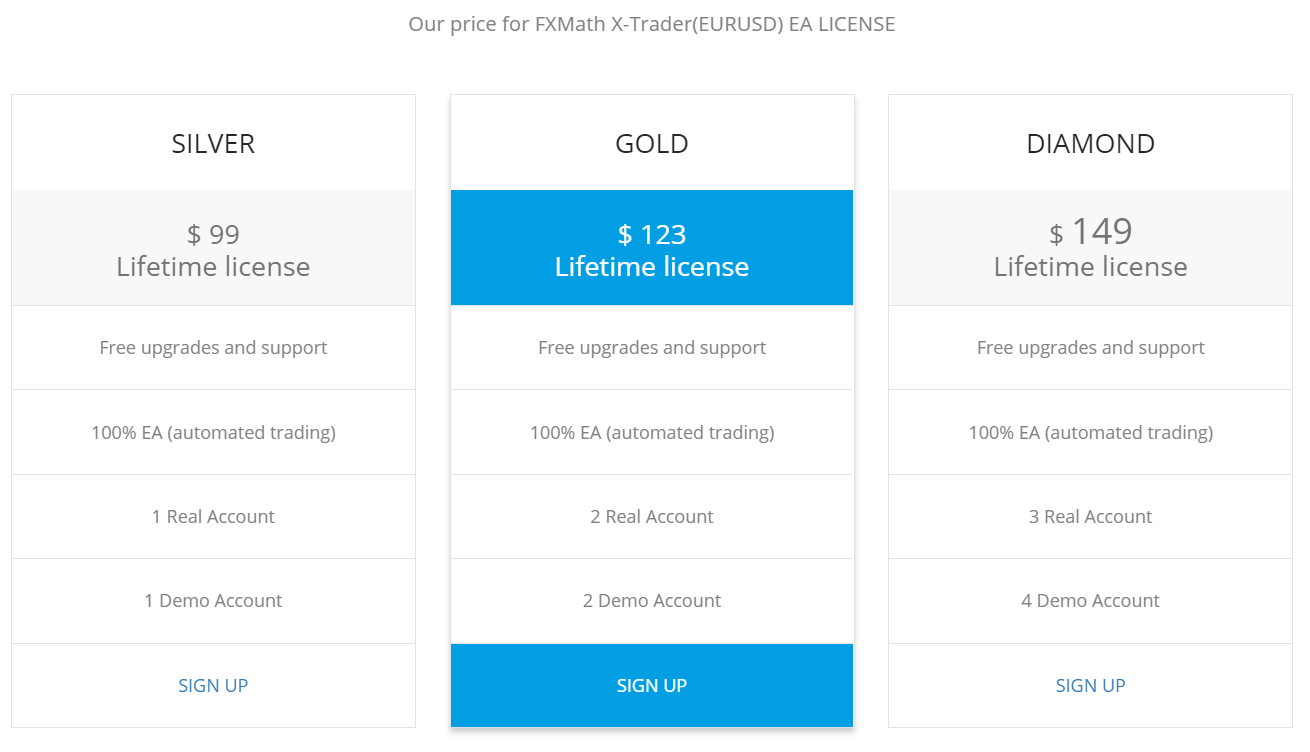 There are three packages: Silver, Gold, and Diamond. The Silver pack costs $99 and includes the robot, free updates and upgrades, one real and one demo account license. Paying $123, we’ll get the Gold pack. It includes two demo and two real accounts. The diamond pack for $149 includes three real and four demo accounts. There’s no mention of a money-back guarantee. 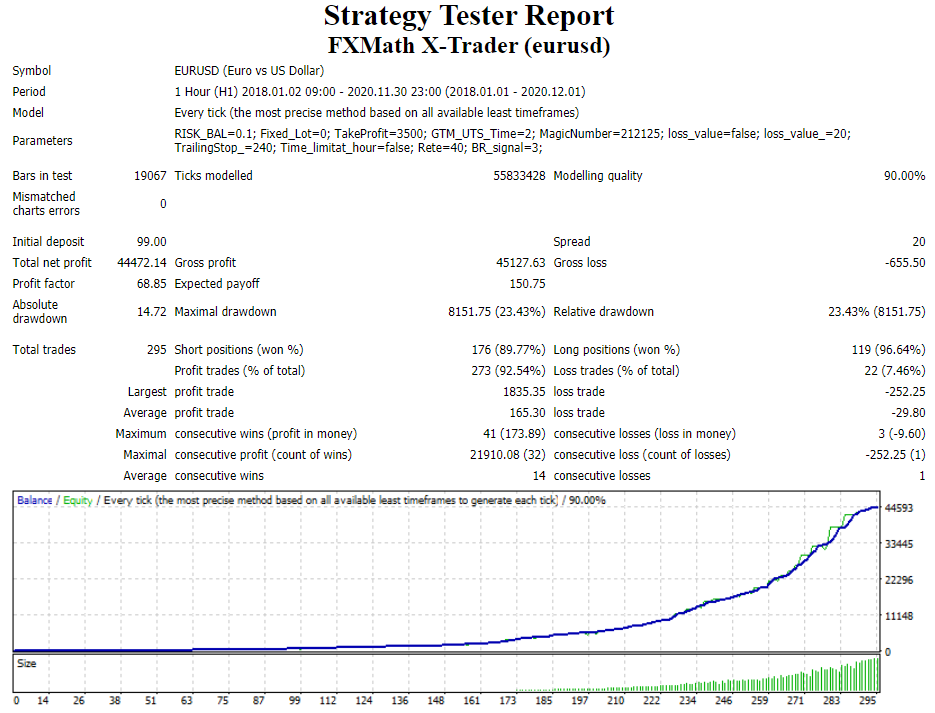 The most-traded direction is the SELL one with 19 deals and $1978 of the profits.

As we can see, the robot focuses on opening deals during the European trading session.

There were few deals traded, so results by days can’t be representative.

The risk of ruining the account is so low. 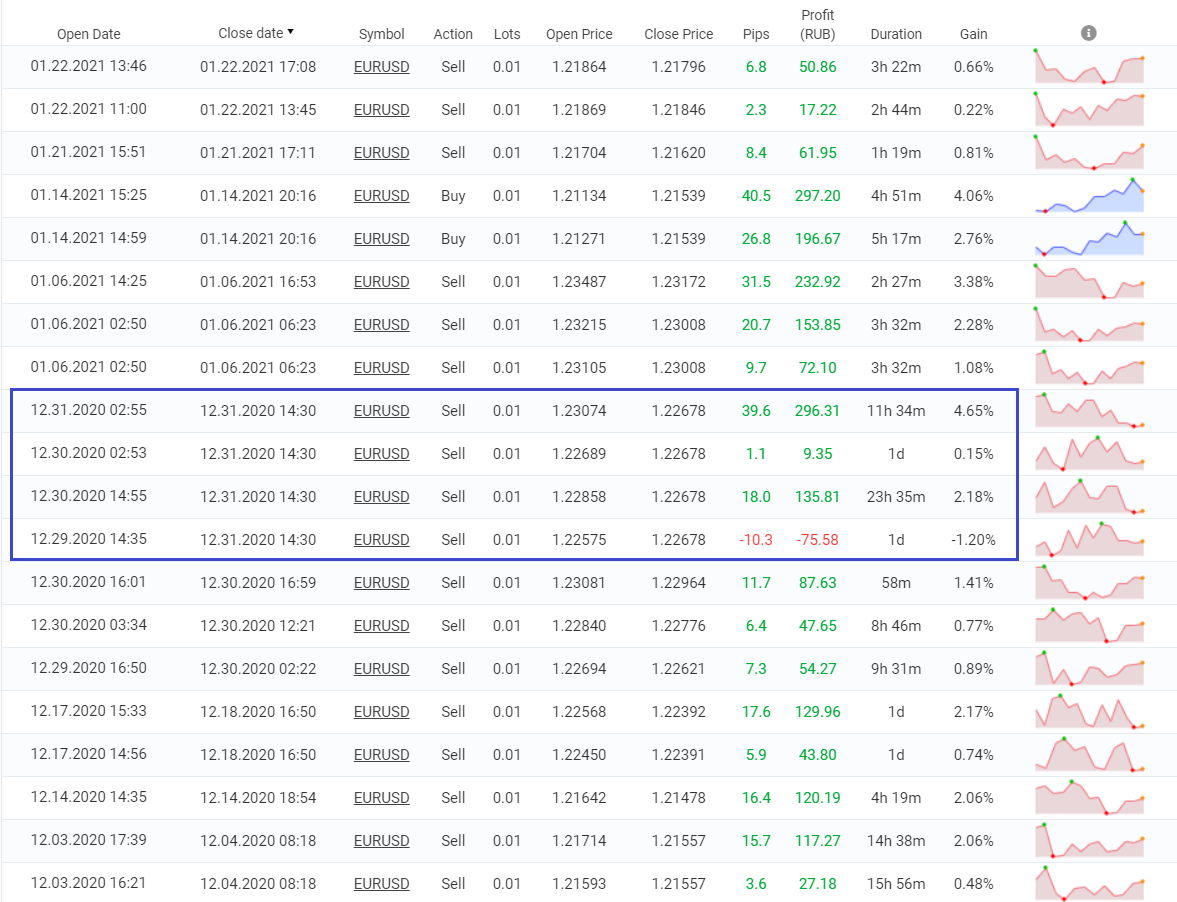 As we can see, the robot uses a conservative Grid of orders without Martingale, and this is rare to see. 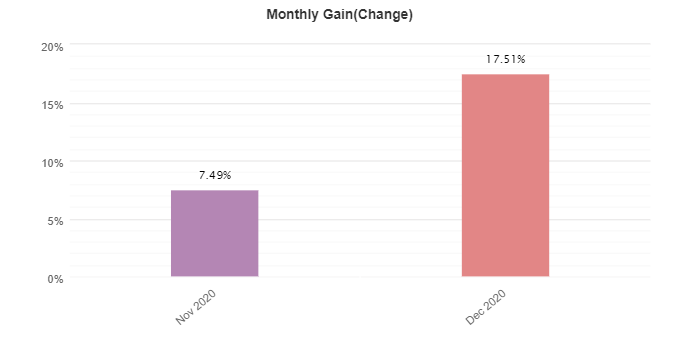 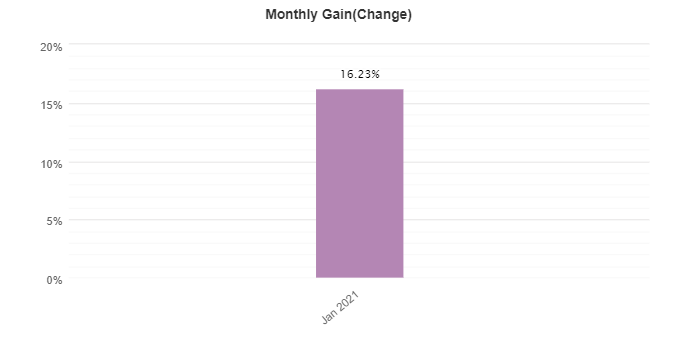 Now, the EA is consistently profitable.

There are some fake faceless testimonials. We’re sure there should be no feedback as to the EA that’s alive for several months.

There’s a page on Forex Peace Army with a single comment.

This negative review has two likes. So, now the person knows that Russian developers have never paid refunds. 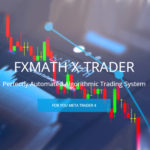 FXMath X-Trader Review
PROS
Backtest reports provided
Verified trading results provided
Cheap pricing
CONS
No team revealed
No strategy explanations provided
No settings list revealed
The robot has only several-month-old trading results
It uses a grid strategy
There’s no refund policy
There’s a negative testimonial on Forex Peace Army with two likes
4
Verdict
FXMath X-Trader is an all-new Russian-made EA that trades only on EUR/USD. The presentation includes backtest and trading results, but it doesn’t have strategy explanations. The robot is November-2020-old. So, we can’t be sure it’s safe to use it on a real account. The testimonial from Forex Peace Army showed that the developers act fraud.
Looking for the best forex robot?Discover top-performing systems selected by ForexRobotExpert team
go
Tags: Expert Advisors, Forex Robots