The forex trading market being highly volatile has always prompted traders to find new approaches and strategies to curb losses and increase profitability. From the innumerable strategies and tactics used, hedging has emerged as one of the most powerful ones to optimise the chances of winning. In simple terms, hedging can be perceived as an insurance in the forex markets.

Simple forex hedge protects individual from big losses due to unexpected events as It lets them place a trade opposite to the initial trade. In recent years, many companies and hedging EAs have taken the initiative to ensure not only the safety of the trader but also enhanced profitability. EA Coder is a company that has been developing tools to integrate artificial intelligence with forex trading. One of their products, Hedge EA is aimed at facilitating hedging, built as per the requirements and recommendations of traders that practice hedging.

Hedge EA is suitable for traders who have good knowledge of hedging and practice it regularly, providing them with vast possibility of coming up with dynamic trading systems. Designed for the MetaTrader 4 platform, Hedge EA can be used with any broker that allows hedging and any currency pair. As a whole, Hedge EA is a great tool for tech-savvy traders, eliminating the need to place hedge trades and calculate right stop loss.

Some of the stand-out features of using Hedge EA include:

The users can expect Hedge EA to start monitoring trends and placing pending hedge trades based on the range of variables defined by the user. Until the pip values are clearly defined, the EA uses the same Stop Loss and Take Profit values for the hedge trade as the initial one. The EA can cancel pending trades when the initial order is closed but will not close a triggered hedge order until and unless the Stop Loss or Take profit level is attained. The user can cancel any hedge trades manually and employ Break-even and Trailing Stop functions on the hedges too.

The user can specify a pip below the BUY trade for the EA to open a hedge trade. Once the market touches that level, Hedge EA will immediately trigger the hedge order. If the hedge trade is not triggered, and the original trade is closed, the hedge trade will also be closed.

Hedge EA is a trading tool that cannot work on its own, without any human intervention. The user will need to set parameters for the EA and open the initial trades manually, or through another tool. The EA can be too complicated for people who are not tech savvy. For people who are not familiar with hedging, Hedge EA is not a good choice as incorrect usage can result in damage to the account. Further, the unavailability of verified back-testing results makes it difficult to comment on the performance and success of the platform. Traders are advised to be cautious and conduct their own research before opting for Hedge EA.

The Personal License for hedge EA is priced at 19 EUR/month or 149 EUR/year. EA Coder also offers the traders a 14-day trial priced at 7 EUR. Traders within EU will have to bear an additional 21% VAT.

With a personal license, the Hedge EA can be used for unlimited real and demo MT4 accounts, on a single computer. The license is not associated with any particular computer and can be transferred, running only on a single device at any given time. Alternatively, the VIP license allows the user to operate the EA on 5 computers simultaneously. 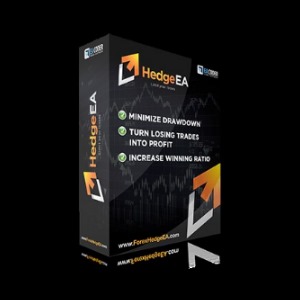 5.9
Verdict
Hedge EA is a great tool for active hedgers who are looking to save time and effort. The software is not recommended for novice traders who lack sufficient knowledge about hedging and the risks associated with it.
Looking for the best forex robot?Discover top-performing systems selected by ForexRobotExpert team
go
Tags: Expert Advisors, Forex Robots, forex trading system